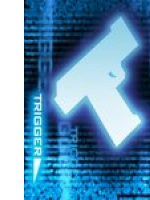 I am a HUGE fan of The Office. I'm pretty much a junior employee at Dunder Mifflin. It's the one thing I look forward to watching every Thursday night. Not to be rude, but my friends say I look like Michael Scott in a tuxedo.

I first got into The Office via a YouTube video when someone mentioned the Office was on TV. A week later, I watched the episode Booze Cruise on TBS (very funny). I later watched a few more episodes but I gave up after a while. Then in November, FYE released a DVD with 4 Christmas episodes on it. After that, I fell in love with the show again and put a season pass on my Tivo for NBC and TBS showings. For a Valentines Day gift, my parents got me all six seasons on DVD.

Retrieved from "https://theoffice.fandom.com/wiki/User:Casimus_Prime?oldid=92343"
Community content is available under CC-BY-SA unless otherwise noted.