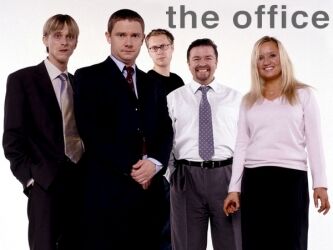 Series 1 of The Office (UK) aired from July 9, 2001 to August 20, 2001. It had 6 episodes and the program aired on the BBC. It was created, directed, and written by Ricky Gervais and Stephen Merchant. It was not popular yet, however, DVD sales climbed and it made Series 2 extremely popular in Britain.

Retrieved from "https://theoffice.fandom.com/wiki/Series_1?oldid=91558"
Community content is available under CC-BY-SA unless otherwise noted.