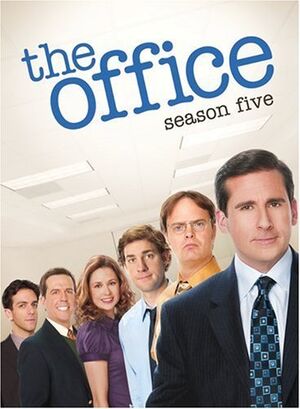 The Office: Season 5 started on September 25, 2009 with the one-hour long episode, "Weight Loss," and ended on May 14, 2009 with the episode, "Company Picnic." It had 26 episodes, and 2 hour long episodes which included Weight Loss and Stress Relief, which aired after the 2009 Super Bowl. It earned 10 Emmy Nominations, and won 1, for Stress Relief. For the fourth year in a row, it was nominated for The Best Comedy Award. The Season 5 DVD became the number two show in DVD sales, and was the only sitcom in the top 10 of sales.

Retrieved from "https://theoffice.fandom.com/wiki/Season_5_DVD?oldid=103357"
Community content is available under CC-BY-SA unless otherwise noted.