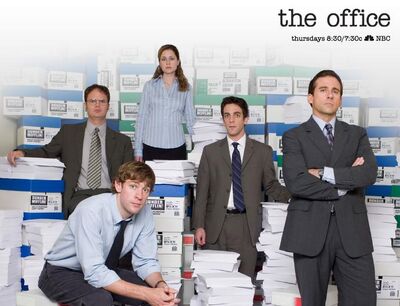 Season 4 of The Office began on September 27, 2007 on NBC, the first four weeks of the show were hour long episodes. The main narratives of the season were Ryan's rise and fall from power, dealing with his failed attempt to modernize Dunder-Mifflin with a fancy new website; Michael being a victim of an abusive relationship with Jan, and trying to get back out into the dating world; Dwight and Angela's relationship is strained when Dwight mercy killed Angela's cat; and Pam and Jim are finally together and grow closer and closer as the season goes on. It consisted of 19 episodes and ended on May 15, 2008

Retrieved from "https://theoffice.fandom.com/wiki/Season_4?oldid=69350"
Community content is available under CC-BY-SA unless otherwise noted.