For the episode see: Scott's Tots.

Scott's Tots was a group who were promised by Michael Scott to be paid tuition for college. 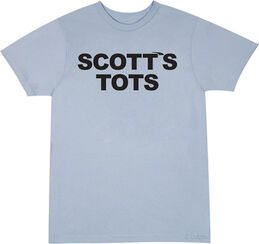 Michael offers them lithium batteries, but phrases it in a way that makes it sound like he is giving them laptops, causing even more anger.

They named a library after Michael. They also made a song for him.

Retrieved from "https://theoffice.fandom.com/wiki/Scott%27s_Tots_(group)?oldid=82089"
Community content is available under CC-BY-SA unless otherwise noted.