We're Getting Mutants in the MCU - The Loop

Lindsey Broad is an American actress who has garnered fame for portraying Spring in the web series The Burg, Allison Stark in Fox's sitcom ’Til Death, Cathy Simms in the US version of The Office and Chelsea in The CW’s comedy-drama series In the Dark. A native of New York, Broad had always harboured acting aspirations. After acting in various plays throughout her high school years, she studied theatre at Pennsylvania State University. Broad made her screen debut in The Burg, an online sitcom created by her fellow students at Penn State. Her big screen debut came about a few years later, in David Mackenzie’s romantic comedy Spread. Since then, she has appeared in films like 21 Jump Street, Don Jon and Get Him to the Greek. She has also portrayed the role of Karen in IFC’s short-lived series Benders. Through social media, Broad has made herself accessible to her fans. She has a few thousand followers on both Instagram and Twitter.

A pregnant and insecure Pam tries to prove that Jim is attracted to her temp replacement, and Robert and his musician friends take over a jam session with Andy, Kevin and Darryl.

Broad was born on December 8, 1983, in New York, USA. Since she was a child, she has been interested in acting and performed in various school plays. After graduating from high school, she enrolled at Pennsylvania State University and earned a theatre degree from there in 2006.

Broad exchanged wedding vows with Sean Bradley on July 5, 2014, after dating him for a long while. Their son, Teddy, was born in March 2017.

Lindsey Broad was cast as Spring in the web comedy show The Burg that was created by Penn State alumnus Thom Woodley (class of 2000), who also served as its head writer and producer. Broad appeared in 13 episodes of the show between 2006 and 2009. In 2007, she portrayed a girl who takes a photo of Serena van der Woodsen (Blake Lively) in the pilot episode of The CW’s teen drama series Gossip Girl. She subsequently guest-starred in CBS’ crime drama series Without a Trace in 2007 and supernatural mystery series Ghost Whisperer in 2008.

In 2009, she had her screen debut in Spread, a romantic comedy that also stars Ashton Kutcher, Anne Heche, Rachel Blanchard, and Margarita Levieva. In the film, Broad portrayed the roommate of Rachel Blanchard’s character, Emily. That year, she also appeared in the pilot episode of State of Romance, a modern-day rendition of Jane Austen’s Pride & Prejudice, and Rob Perez’s comedy film Nobody.

From 2009 to 2010, she played the role of Allison Stark in the fourth and final season of the Fox sitcom ’Til Death. As part of one of the running gags in the series, her character was portrayed by Krysten Ritter (recurring, seasons 1–2) and Laura Clery (recurring, season 3) before her and Kate Micucci (main, season 4) after her.

In 2010, she acted in the musical adventure comedy film Get Him to the Greek and telefilm Who Gets the Parents. In 2011, she appeared in the short film "History". Her breakthrough role came about in that year as well. She joined the cast of the NBC comedy series The Office in a season eight episode as Cathy Simms, Pam Halpert's (Jenna Fischer) temporary replacement. Over the course of the next few episodes, she develops a romantic interest in Jim Halpert (John Krasinski) and attempts to seduce him, despite knowing that he is married. Simms is one of the most hated characters in The Office fandom, and as the actress who portrayed her, Broad has been the subject of a significant amount of that hatred.

In 2012, she shared screen space with Jonah Hill, Channing Tatum, and Ice Cube in the action comedy film 21 Jump Street. This was the second time she worked with Hill after Get Him to the Greek. In 2013, she was cast as Lauren in Joseph Gordon-Levitt's directorial venture Don Jon. Broad essayed various small roles in shows like the CBS sitcom We Are Men (2013), HBO sitcom Hello Ladies (2013), HBO comedy series Silicon Valley (2014), web series American Storage (2014), CBS sci-fi drama series Zoo (2015), NBC action drama series Blindspot (2016), and CBS sitcom Kevin Can Wait (2016). She also played Pippa in two episodes of the third season of TV Land's comedy show Younger.

She was cast in the series Benders (2015). Created by Tom Sellitti and Jim Serpico, the IFC comedy series revolves around a group of men who are extremely passionate about ice hockey. Broad starred as Karen Rosenberg, the long-suffering wife of the male protagonist, Paul Rosenberg (Andrew Schulz). IFC cancelled the show after airing eight episodes.

In 2016, she worked with Josh Brener, Alexandra Daddario, and Paul Iacono in Rory Rooney's dark comedy Baked in Brooklyn. That year, she had a minor role in an episode of HBO's late-night talk show Last Week Tonight with John Oliver. In 2018, she played Chelsea in the short film "Connections". In April 2019, she started playing another character named Chelsea in The CW comedy series In the Dark. She is set to star in the upcoming romance drama 10 Things We Should Do Before We Break Up.

Broad has been prominently active on stage as well. She has performed in productions of plays like Sukie and Sue: Their Story. 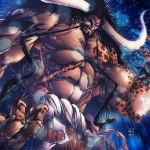 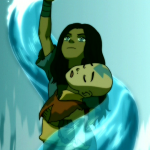