The company was founded by Robert Dunder and Robert Mifflin in 1949, where they supplied metal brackets. Eventually, the company started selling paper and opened several branches across the Northeastern United States.

In 2009, the company went bankrupt, and was bought by printer company Sabre. In 2012, Sabre was dissolved and the company became Dunder Mifflin once again.

As of "Finale", the CEO is David Wallace.

For years, Dunder Mifflin was a paper company that was unable to compete with modern chains such as Staples and Office Depot. The company still used calls rather than the Internet, causing most customers to leave for the nation-wide chains, and is unable to adapt to an increasingly paperless world. Ryan Howard, a new employee of the Scranton branch, predicts the company will be obsolete by 2017. In 2007, Ryan Howard became Vice President of Sales and begins a massive restructuring of the entire company, including a new website that would help make sales more efficient. However, his website was a failure (due to an ill-advised social networking feature) and he is later arrested for fraud when it is discovered that he is double-counting sales transactions into the website that were already made by salesmen over the phone.

The American version of the television series The Office is filmed as a mockumentary set in the Scranton office of Dunder Mifflin. From the beginning of the series, we are given a picture as to the structure of each regional branch of Dunder Mifflin. The office is located in the Scranton Business Park, occupying the same building as Vance Refrigeration. Sales, Accounting, Human Resources, and Customer Service all occupy the same office space, and Warehousing and shipping space is apparently located in a different part of the same building. Managerial Structure is set up with a Regional Manager in charge of all operations within the same building, with an Assistant Manager directly below him (although this does not seem to be the case in all branches). A warehouse manager runs all shipping and warehousing operations in a warehouse.

In "Boys and Girls", Jan refers to a former branch located in Pittsfield which was closed down when workers tried to unionize.

In "The Merger", the Stamford branch is absorbed by the Scranton branch.

In "Company Picnic", Holly mentions that the Camden and Yonkers branches had recently closed due to the economy, and she and Michael accidentally reveal that the Buffalo branch will suffer the same fate.

In "Turf War", the Binghamton branch is shut down by a drunken, despondent Robert California. The Scranton and Syracuse salespeople then fight over Binghamton's clients. (This is the first mention of either the Binghamton or Syracuse branches.) 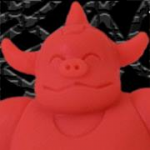 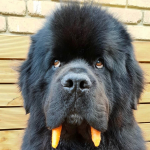