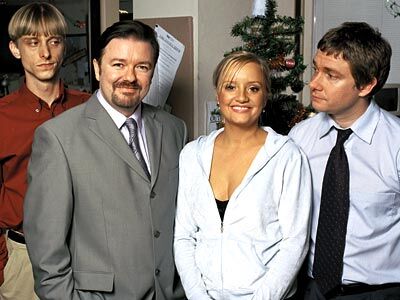 On December 26, 2003 and on December 27, 2003 a two part, 45 minute each "Christmas Special" of The Office (UK) aired after a third series wasn't accepted by Ricky Gervais and Stephen Merchant. It aired on the BBC. It was the final two episodes. The episode won various award including two BAFTA, a Golden Globe, and was nominated for an Emmy Award. Due to this two part special, in 2004, a U.S. version, to be created by Ricky Gervais, Stephen Merchant, and Greg Daniels was to be made, starting the hit U.S. series, "The Office: An American Workplace."

Retrieved from "https://theoffice.fandom.com/wiki/Christmas_specials?oldid=91560"
Community content is available under CC-BY-SA unless otherwise noted.