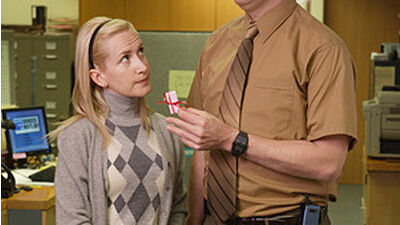 Mine is tied between Jim comforting Dwight after Angela broke up with him, and when Angela cries on Oscar's shoulder and says I love Dwight.

Happy Valentines Day everyone! I hope you all find a love as true as Jim and Pam’s, Micheal and Holly’s, and Dwight and Angela’s! 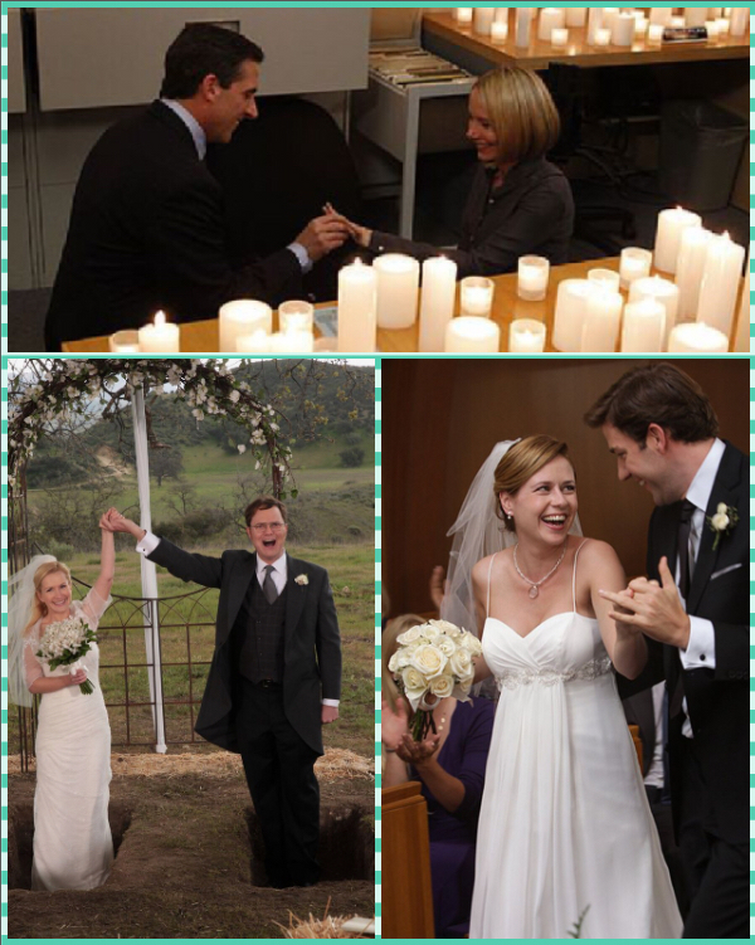 Once again i changed my username and i was dwangela2020 darlingreid pawneegoddesses and jeramybearmiybaby but now im sticking with my dogs username.

I mean I knew she was with Robert, then married Dwight, but it never really talked about her divorce, it kinda just happened. 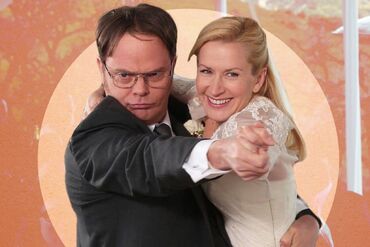 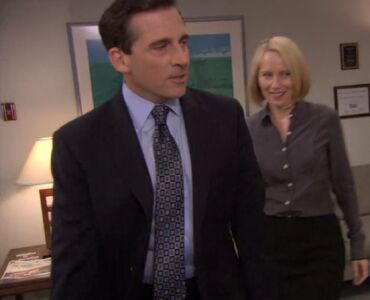 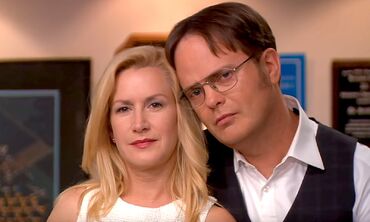 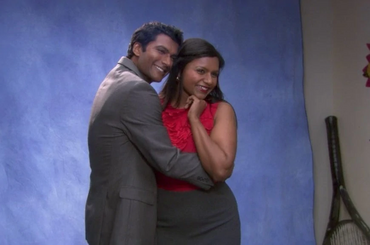 Why do people think that this relationship was weird and toxic? I mean yes, Angela used Dwight to cheat on people, but it was more than cheating because both of them loved each other always. Like Dwight said, "We have spent to much of our time, not realizing that we belong together" I might have accidently misquoted that but oh well. 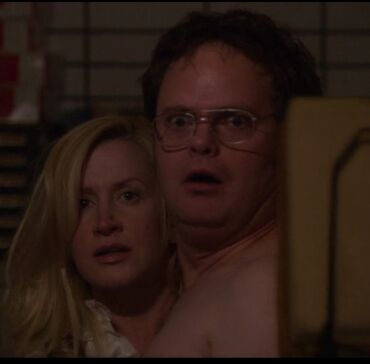 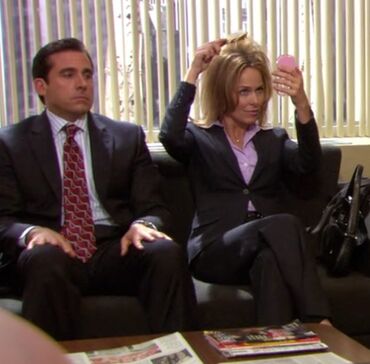 Why Dwight and Angela are the iconic couple of the entire show: When Dwight proposes, he legit says I will raise a thousand children from a thousand of your lovers if it means I can be with you. That is one of the most adorable, loving and sweet thing that has ever come out of this shows mouth.

So I was rewatching The Office and I realised that there were a number of scenes that didn't click during my earlier watch. So that's what I mean by 'missed scene', and I am sure The Office gets even better the more number of times you watch it!

So, here's one of the scene that I missed and then it hit me cause of which Iended up 'laughing out loud', literally!

It's from Season 5's first episode, Weight Loss Part - I. All the Dunder Mifflin employes are huddled up on the weighing scale. The camera shows Jim giving his trademark smile, and do does Michael but then nothing happens for a couple of seconds. Then Jim asks Michael, 'Nothing? Really?' 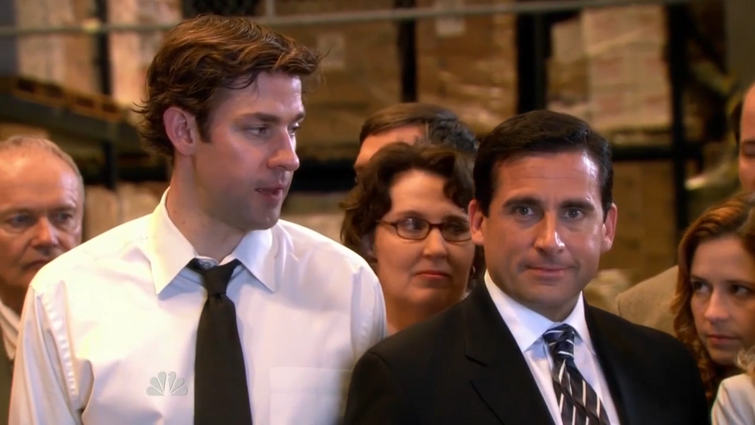 What's going on in here??

So this was the scene that I didn't get the first time. I was confused so as to what is Jim reffering to, and why Michael is sheepishly smiling. But then I went back a few seconds and realised what had happned there!!

Before they all were getting weighed, Dwight comes and says,' A last bite of Eclairs everyone,' and then particularly to Angela it seems, 'You don't have to swallow it, just hold it in your mouth.' 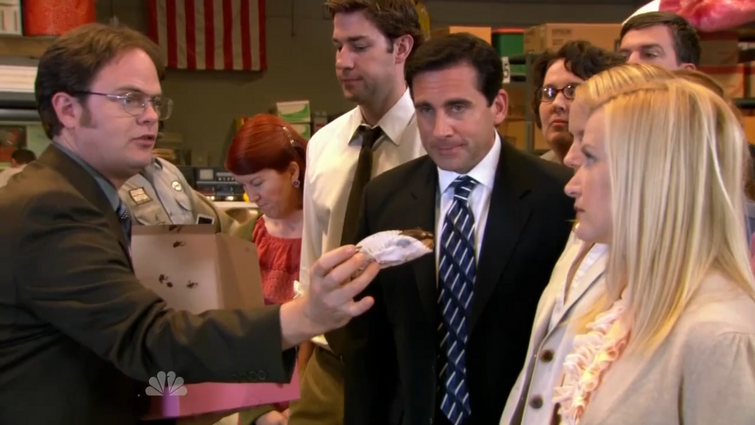 Who'd say no to this delicious, chocolaty dessert!!

And now I know, that Jim was expecting the classic 'That's what she said!' from Michael, and looking at him, he was about to give it up and make the whole gang crack up, but because of Holly, Michael gave up this golden oppourtunity of stealing the limelight, which he so loves to do! But perhaps, he loves Holly even more!

So what was your 'missed' scene which you later cracked up to! I am sure we all would have atleast one of those!

P.S - A 'That's what she said' to Dwight's statement would have been a bit over the top as well, wouldn't you agree?? 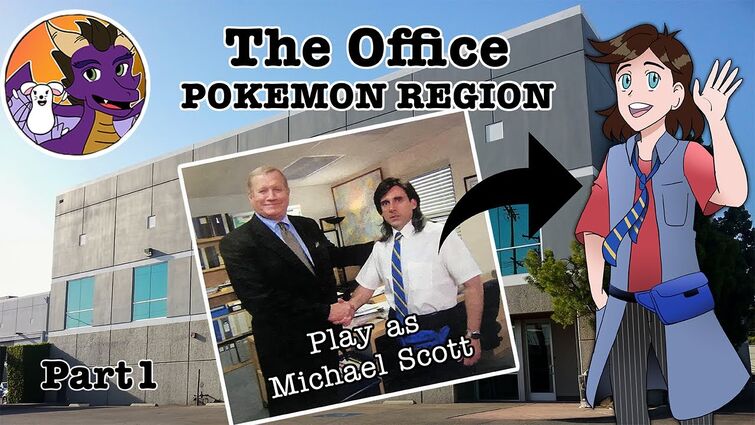